Movies have cuts, games are continuous. “Cutscenes” are bad! Even movie makers are often embarrassed about the artificiality of the cut. The modern set-piece long take is a piece of showmanship that declares, ‘it’s real! No smoke and mirrors.’ Spoiler alert: none of it is real!

Hitchcock himself viewed his ‘one take’ movie Rope as something of a silly exercise. All that effort to do something that ran against the grain of his pure cinema. A pure cinema that exists in the cut. All storytelling happens in the imagination and a movie’s cuts are a way of handing over the heavy lifting to the imagination.

In Rear Window we see a woman undressed in her window. We cut to James Stewart watching (blankly, as directed) — and the audience puts 2 and 2 together and imagines what James Stewart is thinking.

In Psycho we see several shots: a knife, a body, screams, shower curtain, a plughole, blood, etc. Famously we never see a knife stabbing into flesh, but in our imaginations it’s THERE. And it’s more real, and more awful than if we’d seen a shot of it. So every cut has a little of this magic, gives a little piece of the storytelling over to the audience. The more it gives, the more real something may become.

Not all cuts are alike. They vary in the power and type of their magic.

Some cuts shuffle around a scene, giving us coverage so we can paint a full picture in our heads.

Some cuts put us into a character’s head. A character is shocked and moves their eye-line. We cut to an object and now we are seeing what they are seeing.

Some cuts teleport us through space and time. We flashback, we jump to THE NEXT DAY, or SOME TIME LATER. We see a character leave a location, cut, and they have crossed town.

Some cuts connect objects in ways that are metaphorical — in 2001: A Space Odyssey, the Bone is the Space Station and the metaphor jumps us through a few centuries. Our brain is drawn to think on the history of mammal toolmaking, but also to consider the huge time jump we have just made.

Match cuts like this can be quite significant in drawing attention to connections between different elements, or they can be simply… cute? In David Lean’s Lawrence of Arabia we see a match being blown out and then cut to the sun setting over the desert. It’s a match match cut.

In Michael Powell’s Peeping Tom one character pours tea and we match cut to another pouring whiskey. It might be overwhelming to consider how many different drinks are simultaneously being poured at the same time right now, but here it helps link characters who are both caught up in the same story.

The most excessive match cut in history is the one in Brotherhood of the Wolf which uses CGI to match cut Monica Bellucci’s breasts with a mountain range. Its director was French.

Videogames are obsessed with continuity — animations that blend, worlds that unspool endlessly at a macro (100 miles of city to explore!) and a micro (you can zoom in to see the worm in the apple!) level. But this is sometimes silly. Because the human brain works much faster than reality and continuousness is slow.

A Digression on Punching Games

When I was working on games that involved punching, I was always interested to watch new animators join the team. They had been trained on the gospel of “anticipation.” In classic animation a character must be seen to exaggeratedly prepare an action (squat to jump, wind up a punch). But in a videogame when I push X to Punch, I know what is going to happen and by the time the game logic has registered my button press, the punch is already flying in my mind. So a game animator dispenses with the anticipation and instead snaps the character ahead to the point of throwing the punch. Similarly Mario will be airborne the instant the game detects my jump input.

Oftentimes we use motion trails and VFX to show the path of a weapon that didn’t really travel as it moved so rapidly to its destination in order to land in sync with its player. There is a craft and science in making gorgeous smooth, curved sword trails from an animation which lands in 2 frames. We can also show long, heavy animations of the follow through, showing the after effects of the action we imagined. These elements follow our imagination rather than lead it.

There are discontinuities everywhere when you look for them in a good videogame. But this is not bad — this is part of the magic! The punch is thrown in my head. It is just up to the game to not break what I imagined, to support it by showing the enemy reeling (the enemy also must snap to their ‘sent reeling pose’). When interactivity is involved, cuts are part of the magic. A cut is the story keeping pace with our imagination.

And Back to Thinking Games

Videogames should have more cuts. My Her Story was built around the idea of presenting a story seen only through small cut-up pieces of one side of a conversation. Additionally the story itself was related verbally, so had to be further imagined. Most of the game was the cut. It was a game that wanted to push the audience’s imagination much further than most games. It worked!

30 Flights of Loving is still the standard for a 3D action game with cinematic cuts — it jumps through time and space without ever taking the player’s hands off the wheel. It is a constant delight. 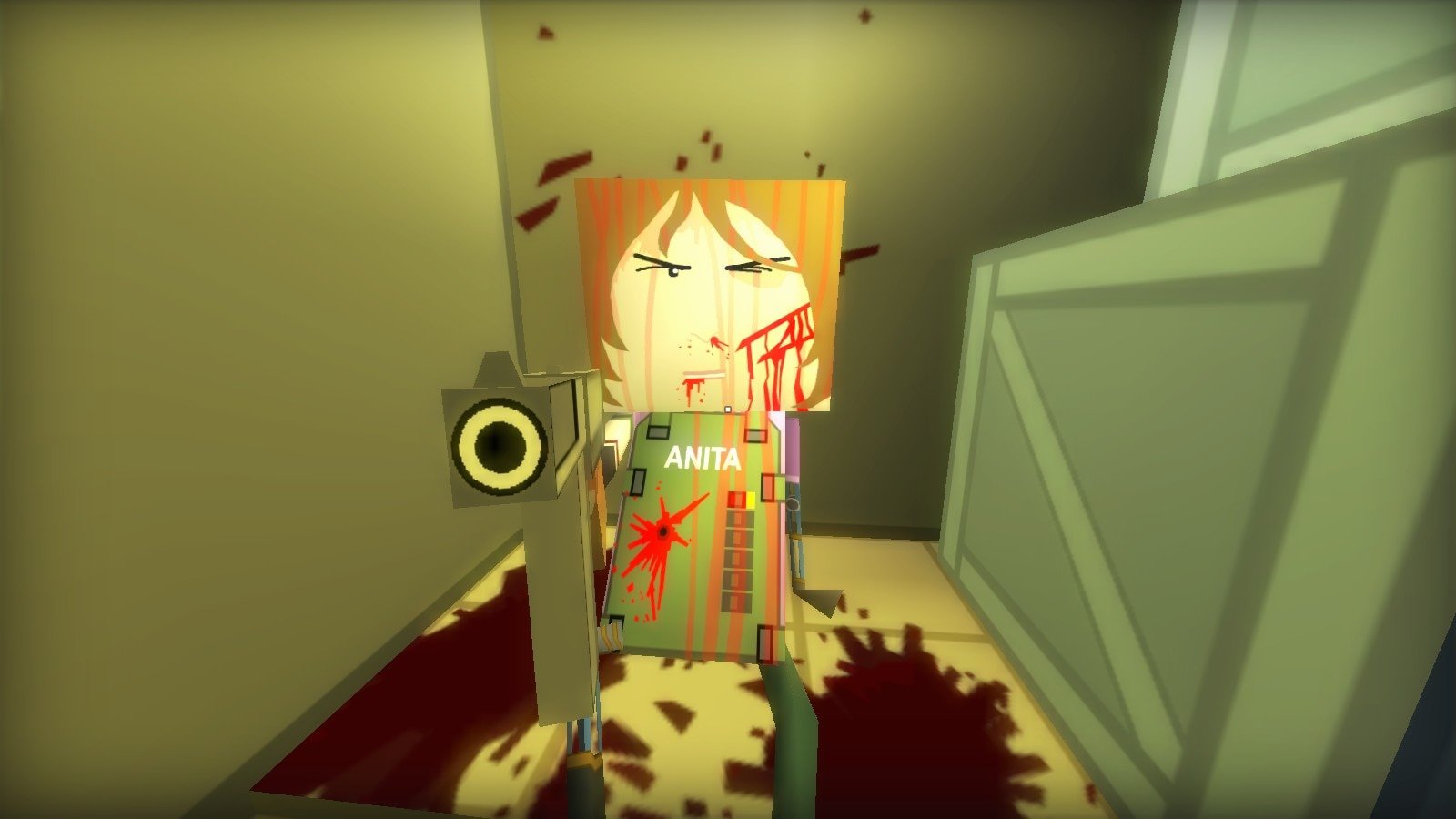 With Project A███████ we are thinking about cuts. Especially the really magical ones that follow a story’s arterial connections to leap through space and time. How we might skip from 1968, Italy to 1971, NYC to 1999, Los Angeles. When served up in a movie, a cut can be a wonderful prompt to the imagination. In a game, handing over the power of the cut to the player is to give them a magical power. Teleportation, transmutation, time travel. All the possibilities of the cut.

For monthly updates from Sam Barlow and the Half Mermaid team, including news on the development of Project A███████, sign up here.