Four game developers (A, B, C & D) chat about this classic movie, for which Meryl Streep won a Golden Globe.

A: All period movies are essentially about their own time as much as the historical period they’re about on the surface. And here’s one that plays that game in a more interesting way than most…

B: I studied the book in high school and wrote a terrible essay relating Victorian literature to VR. The book’s infamous branching narrative probably was to blame.

C: That is also to blame for the novel being so notoriously hard to adapt.

B: Yes. It was an unfilmable novel. Until Harold Pinter had the idea to split the two storylines between the world of the Period Drama Film itself and the world of the Crew Making the Period Drama Film. The book had lots of explicit digressions on Victorian fiction and society from the author himself, here they were able to have that stuff come out of the mouths of the diligent actors doing their prep. 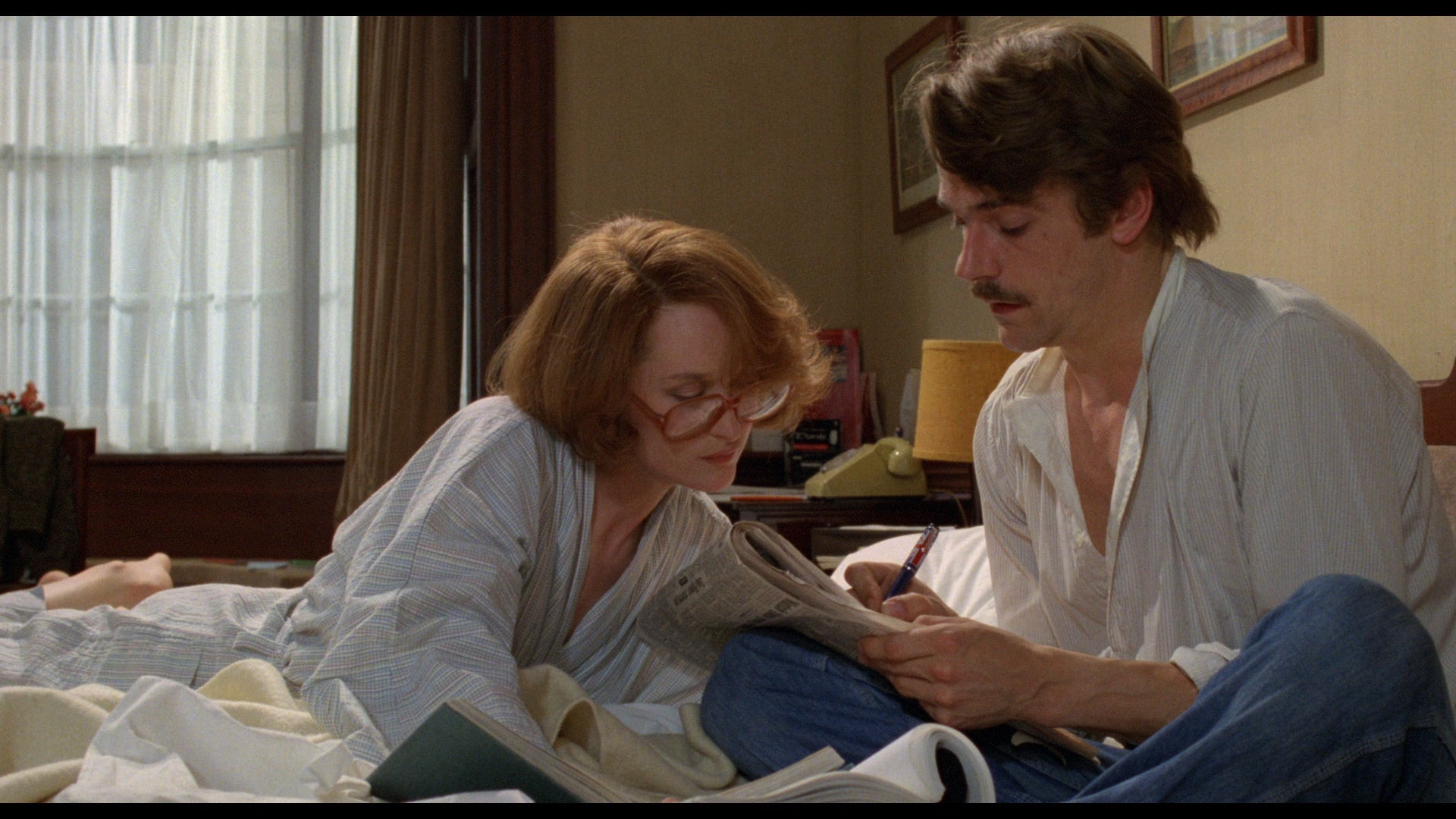 D: The contrast between the two worlds was really cool. It’s a shame they didn’t do more with it.

B: Totally. I think part of the reason the film has become forgotten over the years — despite being a big hit at the time — is because it’s too easy to squint and see it as just a period romance piece. It isn’t very violent with those juxtapositions, rarely showboats such a cool idea.

C: When it cuts from the actors rehearsing into the actual movie. It cuts across Meryl Streep falling. It’s pretty magical.

B: John Bloom, the editor said that was maybe the best single cut of his career. 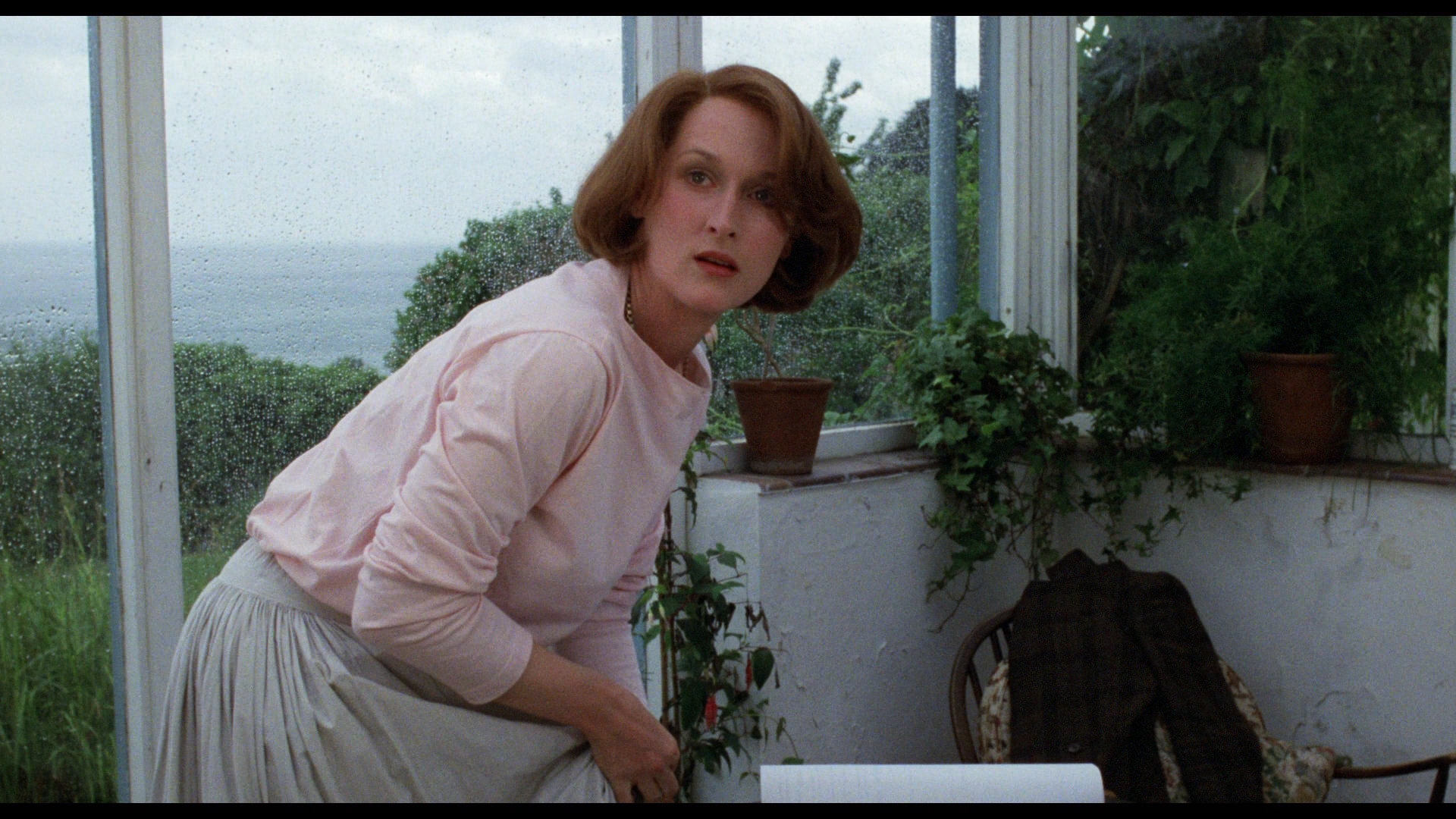 A: I guess because the two worlds thing was arrived at as a solution to a problem, it was never the point of the movie.

B: Yeah, and they set out to make the modern storyline much more mundane that the Victorian period movie. Because morality and life in general is so different now, the stakes are much lesser. So naturally one of them dominates the movie.

D: Though the movie does end in the real world. With the sad ending.

A: It’s interesting that the Victorians period drama gets the happy ending. But reality is more… real. Jeremy Irons realizes he’s fallen for the character Meryl Streep played, there wasn’t a real relationship there.

B: The wrap party there totally nails the feel of a wrap party. You have this tightly knit family that has been living together intensely for a few months… and then it’s just over. And Meryl Streep is for sure going to be the first to leave. She has to catch a flight to her next movie, or to her well deserved vacation.

C: Is it the case that if you have alternate endings and one is happier and one is sadder, the sadder one is always going to stick?

B: I think so. Fowles was having fun with what it is to read Victorian literature now. Like, if you read a modern edition of Great Expectations. It has two endings — the happier ending is the one Dickens actually published after his friend Bulwer-Lytton (of “It was a dark and stormy night” fame) begged him to change his original sadder ending just before it went to press. The sad ending reads as more real, it’s hard to buy to the wish fulfilment of the revised one.

A: Endings are hard.

All the movies we’re watching as we develop Project A███████ can be found on our Letterboxd list.